Horace the Pliosaur is a giant, 35 foot-long sea lizard. Fresh out of the Jurassic ocean, Horace is 165 million years old. That’s even older than your Grandad.

Brought to you by performing professors and dotty groom Joe, audiences are invited to explore Horace and help prepare him for the day, brushing his teeth and massaging his paddles, before venturing inside his belly on a cinematic journey full of slimy surprises!

What the experts say:

“The highlight for the children was Horace the Pliosaur – a large puppet dinosaur which you could actually climb inside to watch an interactive film inside its belly. This was exciting and enchanting – immersive street theatre at its very best; the creation of Emerald Ant, containing a film by the great Forkbeard Fantasy theatre group.”   www.festivalkidz.com

“Brilliant and loads of fun. Could do it again and again. Loved it”  Kitty, 12, Dorchester Festival

“It was so good I want to keep it. Best show ever” Joseph, 5, Devon Cliffs Holiday Park

Manor Park School, Dorchester, May (part of the Dippy Tour)

Puddletown First School, Dorset. May (part of the Dippy Tour) 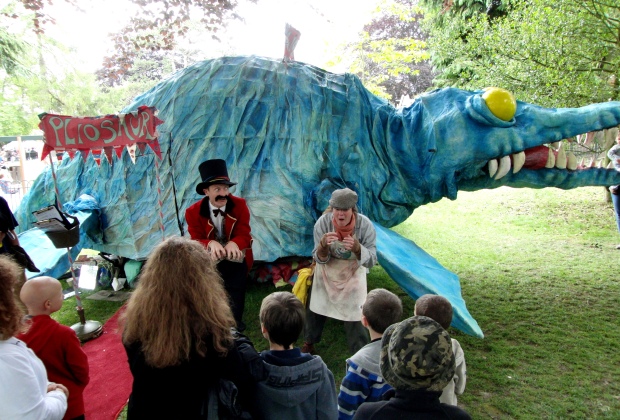 Horace at the Horniman Museum, July 2014 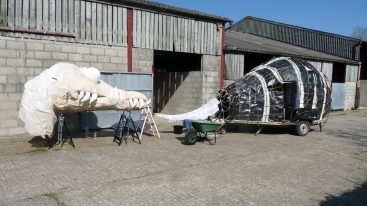 See us on social media…